If we’ve learned anything from her time as monarch, Her Majesty is a woman of routine.

But for one night only, Queen Elizabeth threw her schedule out the window.

On May 18, the 91-year-old headed to London’s super posh restaurant The Ivy where she helped celebrate a friend’s birthday. For security reasons, the famous eatery was shut to the public. 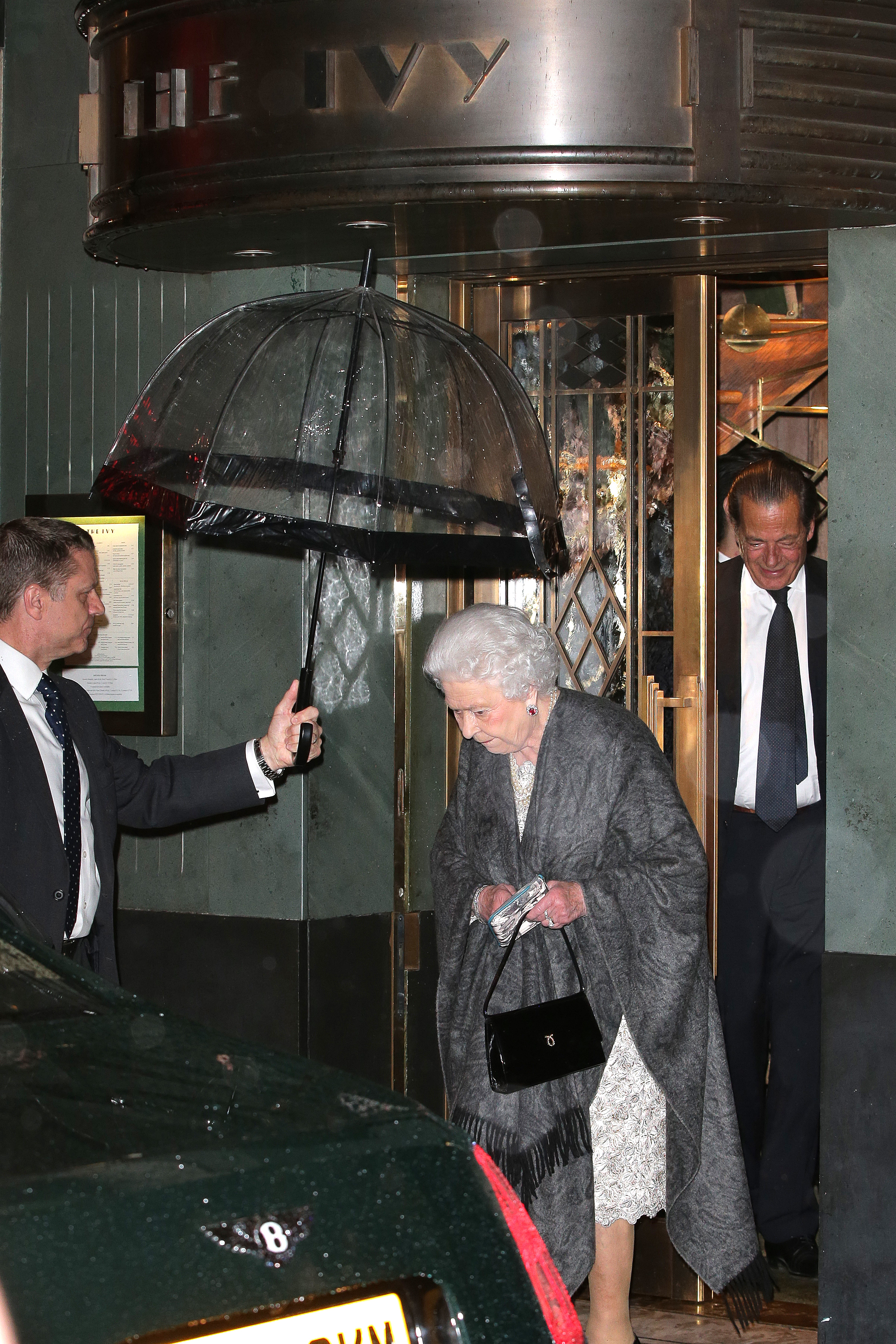 The beloved royal looked magnificent in a silver beaded dress, which she teamed with a deep grey pashmina.

The Queen finished off her outfit with patent black heels, a matching handbag, a pearl necklace, ruby earrings surrounded with diamonds and of course her trademark black handbag.

She was joined by her cousins, Prince and Princess Michael of Kent, and surprise guest comedian David Walliams.

According to The Sun, David was invited along to help The Queen choose which acts would be included in the Royal Variety Show in November.

While the monarch regularly attends lavish dinners for work in the confines of Buckingham Palace, she rarely steps out for a fun meal with pals.

In light of Prince Philip’s recent retirement, it looks like she’s letting her perfectly coiffed hair down just a little! 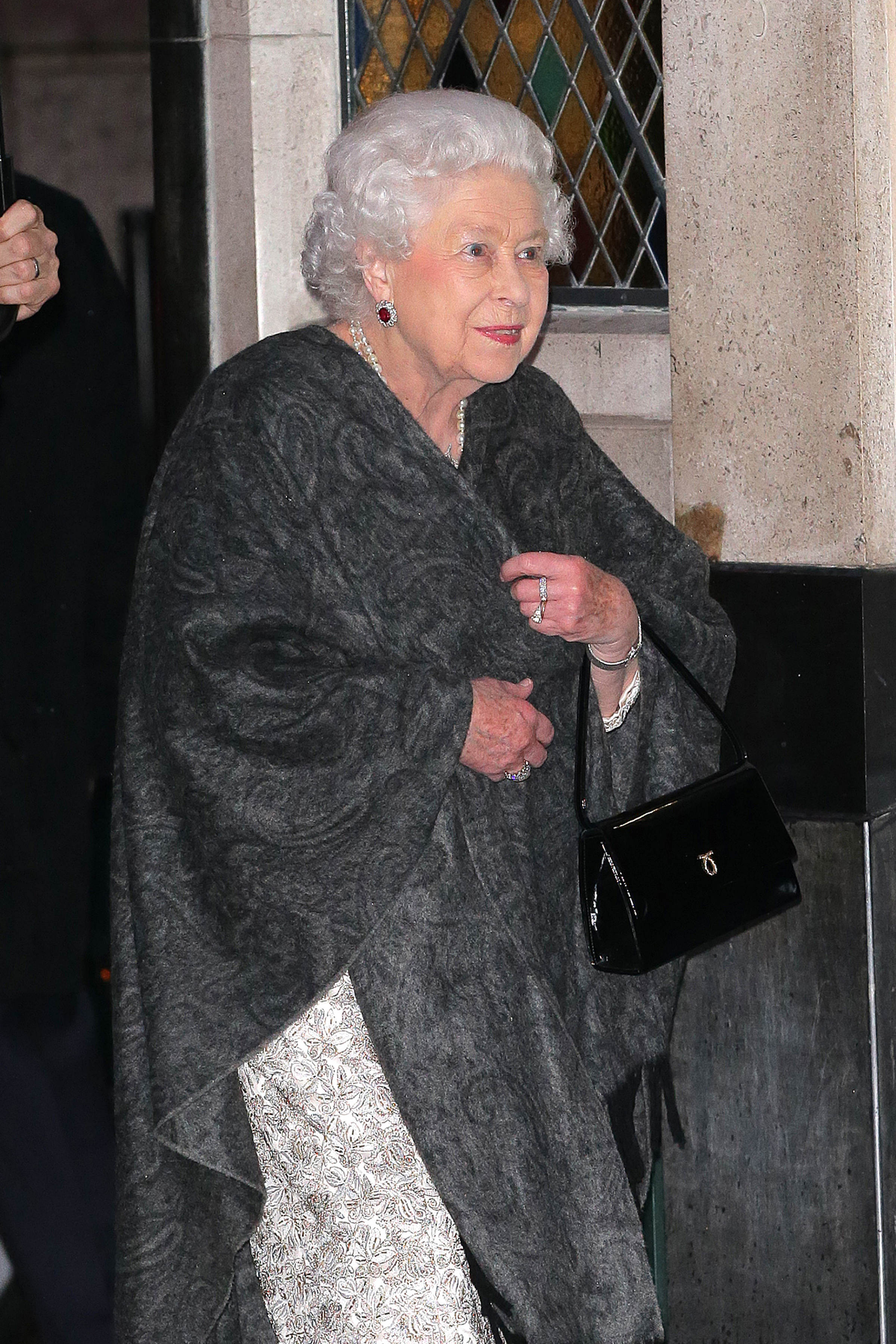 On the odd occasion the royal dines out of the palace, it is usually at her favorite restaurant Bellamy’s in Mayfair.

She was there just last year, enjoying a ladies’ night out with her daughter Princess Anne and good friend, Princess Alexandra. 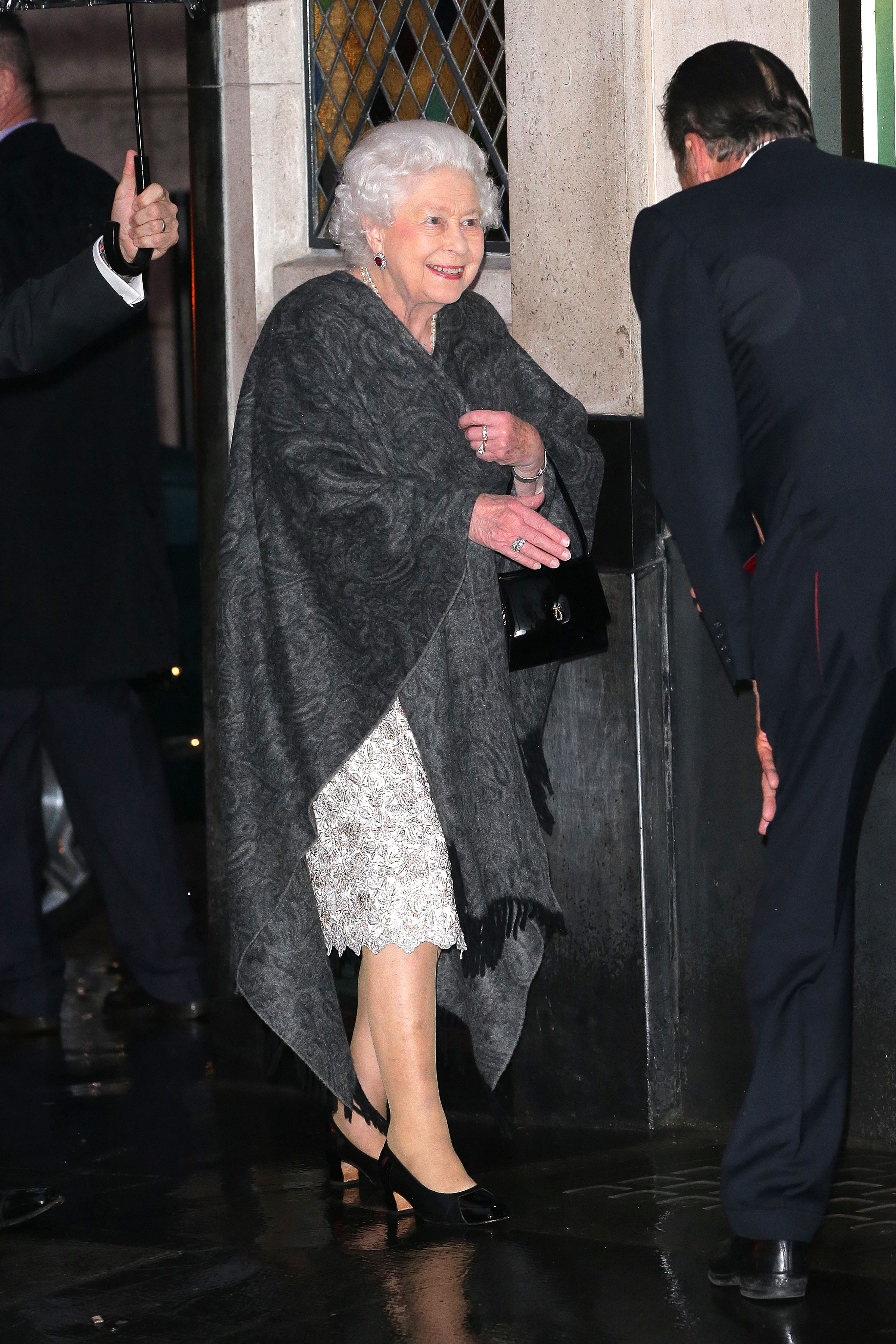 MUST-SEE: Prince Charles “Wasn’t Pleased” With These Kate and William Photos, But We Think They’re Lovely

No word on what she ordered, but Prince Philip‘s wife does have a very refined palate.

Darren McGrady, a former royal chef, shared her food preferences during a chat with the Telegraph.

“The Queen is not a foodie. She eats to live, unlike Prince Philip who loves to eat and would stand and talk food all day,” he dished.

For dinner she’s a fan of fillets of beef, venison, pheasant, or salmon, from farms in Sandringham and Balmoral, which are served up with a simple side. 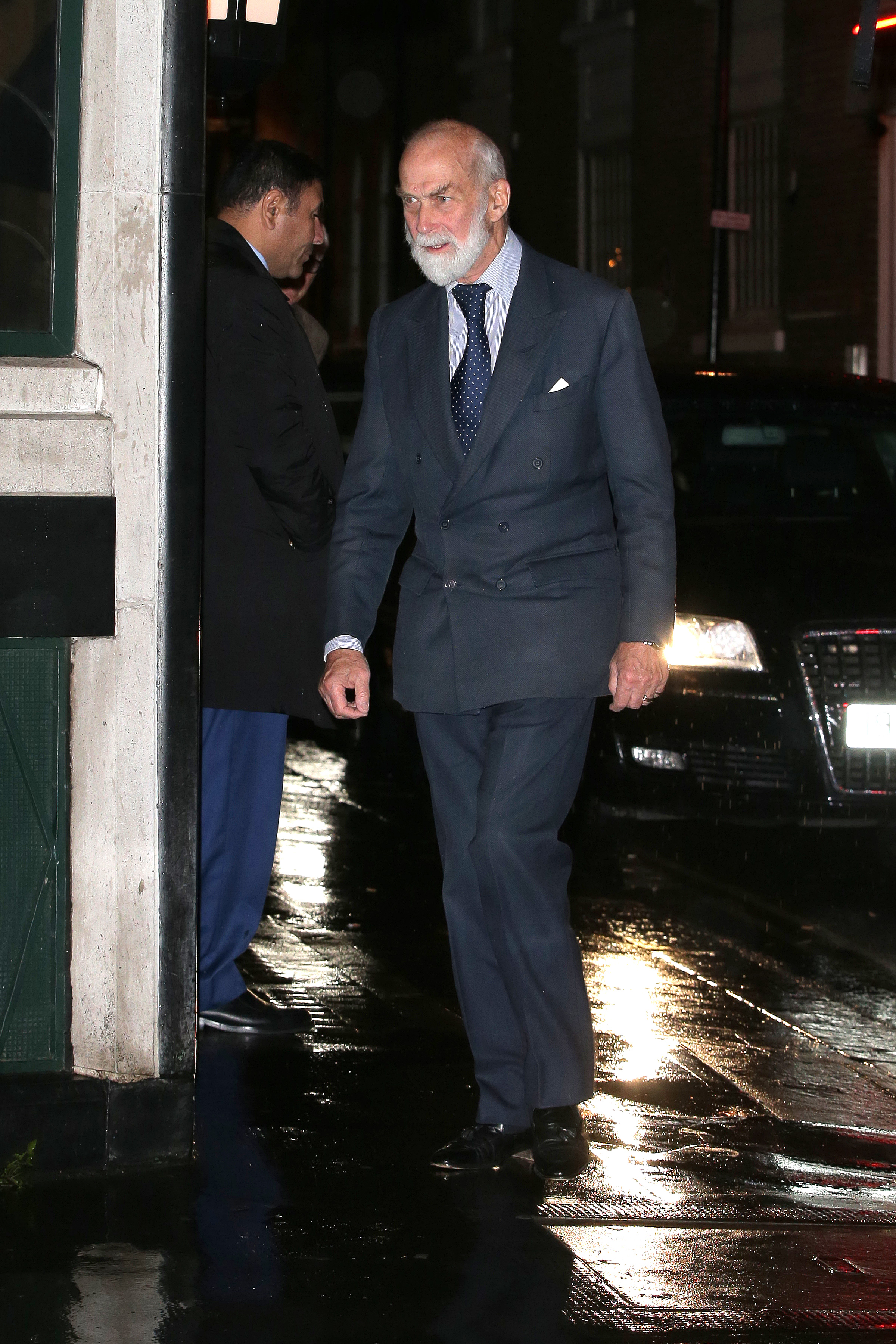 “No starch is the rule. No potatoes, rice or pasta for dinner. Just usually something like grilled sole with vegetables and salad.”

Her Majesty is known to enjoy a tipple or two throughout that day… And we expect the birthday celebrations would have been overflowing with the finest champagne.

NEXT: Every grandmother can relate to Queen Elizabeth’s facial expressions.