A trip to the playground can sometimes get a little rowdy with young kids. But in this particular instance, mom Anne Hathaway was in fact the culprit of her son’s “near-death” experience!

In a recent interview with The Tonight Show Starring Jimmy Fallon, the 34-year-old star explained that her 1-year-old son, Jonathan, was almost injured while playing on the slide at a jungle gym in New York City on April 17.

“We had a great day,” Hathaway recounted. “I took him to a park…and he loves swings. I noticed all these other kids were coming down the slide, and it looked like an unusual slide—like maybe it was built before they had child safety measures in place. It was gorgeous, and I noticed the kids weren’t going that fast, so I said, ‘OK, I’ll bring Johnny on.'”

But, as the actress details, her plans quickly took a dark turn when she decided to go down the slide with her son.

“I [pulled my] skirt around me, and I put Johnny there,” she shared. “We [were] going down the slide, and the moms [were] watching. But what I hadn’t thought about was physics. So we just went around the corner, and instead of slowing down like the other kids, we sped up. [We] started to go so fast, and all the moms [were] watching, and I [was] so self-conscious. As [we] sped up, my thoughts slowed down, and I just looked ahead and got very serious and very focused. I thought, ‘I must stick this landing.'” 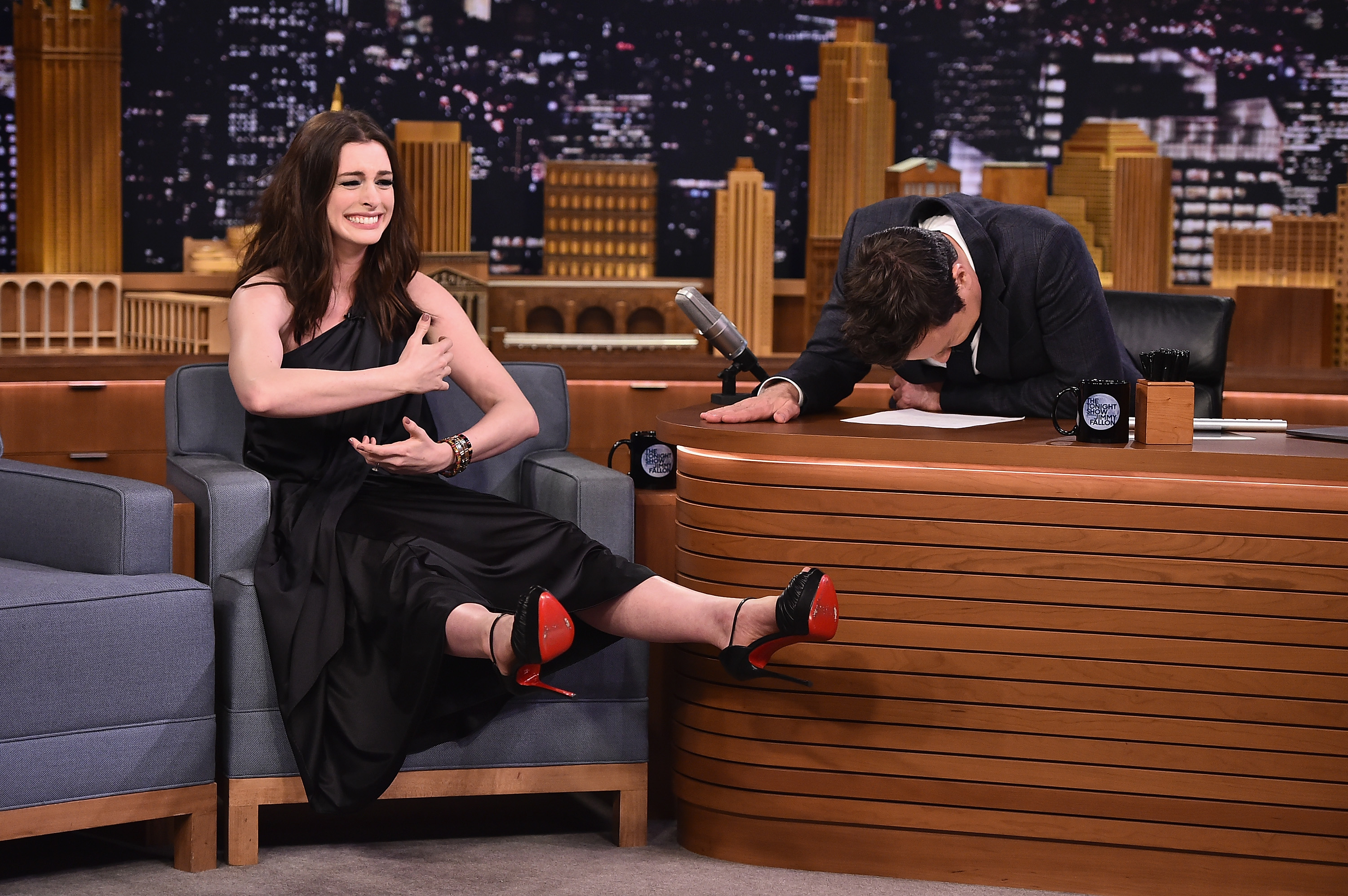 Hathaway admitted she was clearly frightened in the moment, but she thankfully finds a way to laugh about it now.

“You know, when you almost killed your child, but you didn’t, on the inside you’re like, ‘Everything’s okay. Walk it off. Walk it off.'”

Emerging unscathed, Hathaway quickly decided that she and her son had had enough of the slide for one day.

“We went back to the swings and stayed there forever,” she shared.

Lesson learned! No one ever said this parenthood thing was easy, that’s for sure.

Next: Check out these photos that prove being a parent is hard for celebrities, too!