This essay is one of the most heartwarming adoption stories we’ve ever read. It was written by Christine Nolfi.

Does anyone prepare for motherhood thinking, “Why don’t I skip common sense and adopt four children at once?”

I certainly didn’t. Yet that’s exactly what I did. In 1996, I closed my PR firm and became the mother of four virtually overnight.

MUST-SEE: Deaf Girl Hears for the First Time, But Watch What Happens When Her Mom Gets Emotional

My children were a sibling group abandoned in the jungle near the city of Cebu in the Philippines. One sweet little boy and his three sisters, they were clinging to life when a group of missionaries found them.

Two weeks after their rescue, I received the case study in a stack of similar documents about other Filipino children waiting for a forever home. The adoption agency knew my husband and I were interested in adopting siblings—two boys, two girls, or one of each—we didn’t care. We were painfully aware that older children, especially siblings, often waited longer for parents.

But we’d only discussed two children. That decision flew out the window the minute I drew the paperwork on the abandoned siblings from the stack.

MUST-SEE: Couple Pokes Fun at Infertility, But Say It Actually Brought Them the Greatest Adventure Of All

In the photo attached to the case study, the twin girls, weighing 22 pounds each at age three, were unable to stand on their own. They leaned against their older sister’s legs as their five-year-old brother cowered behind her. These were children who’d undergone terrible ordeals. Such an example of suffering would upset any adult. 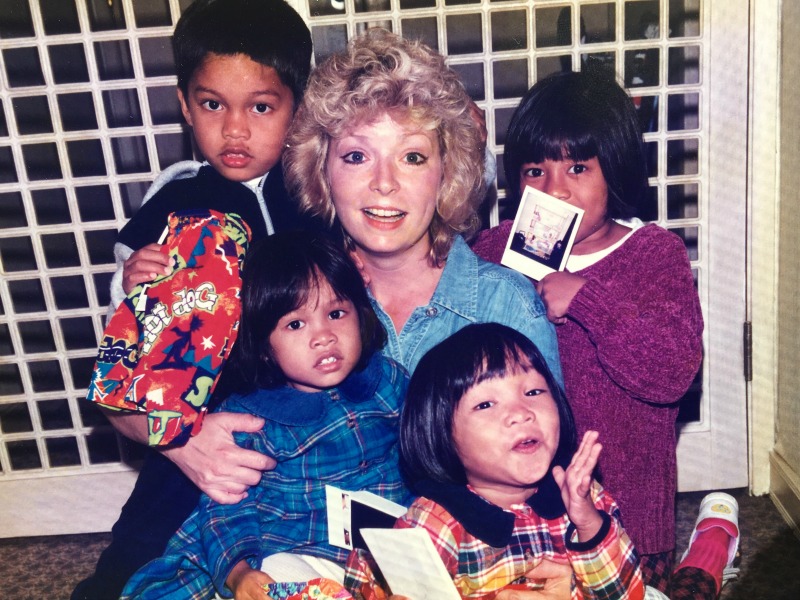 (The family in 1996. Courtesy Christine Nolfi)

Yet what drew me up short was the expression on the oldest girl’s face.

Christian was just as malnourished as her younger siblings, standing arrow-straight in a threadbare cotton dress and oversized sandals. Her eyes were just as red-rimmed, her deep brown hair tangled and unwashed. But a fierce defiance lit her eyes. She’d spent weeks in the jungle, doing her best to keep her younger siblings alive on a hellish journey I couldn’t imagine. Even so, her eyes burned with pride and anger and life.

She’s remarkable, I thought. This little girl has been through impossible trials but they haven’t broken her.

RELATED: Couple Was Thrilled to Adopt the Twins They’d Been Raising. But 24 Hours Later, They Had to Go Back to Court

Soon I would soon learn that those trials hadn’t broken the other children either. One week after we arrived home, I found Marlie—now age four but so tiny, she wore 18-month baby clothes—yanking open the dryer in the laundry room. Covered with scabies and still exhausted from a flight halfway around the world, she was doing her best to pitch in.

During the following years, as we roamed the corridors of The Cleveland Clinic seeing specialists to mend their young bodies, my kids displayed courage and optimism. The smallest kindness spread delight across their faces; simple joys, like owning a pair of shoes, sent them into bursts of giggling. They marveled at the refrigerator brimming with food, and warm beds that they eagerly crawled into each night to wait for their mother to read another fairytale. 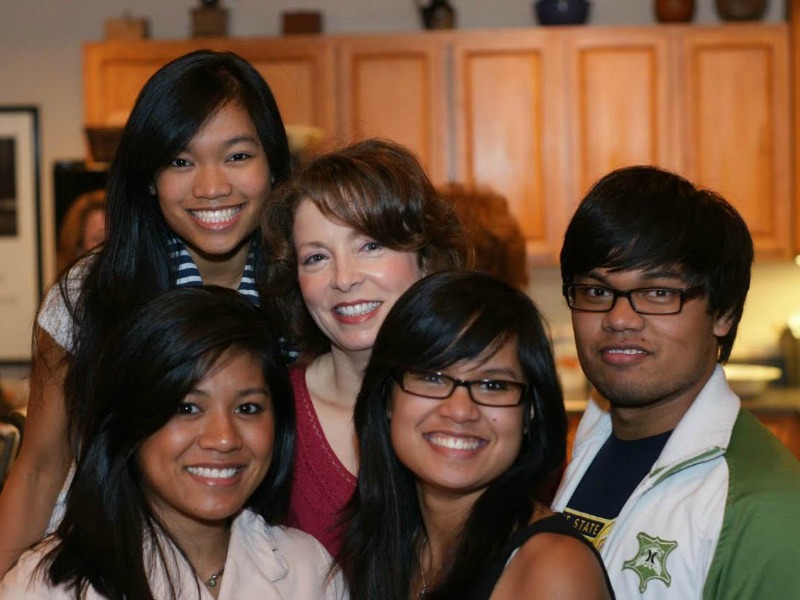 Today, Christian speaks to adoption groups when she isn’t busy with her job in Dick’s Sporting Goods corporate offices. My son Jameson is no longer the frightened little boy from long ago—he’s the most outgoing of the bunch. My daughter Marlie? She works a few steps away from my office on the second floor of my house, as my author assistant.

And Marguerite? Two years after we moved from Ohio to South Carolina, we learned of another family in the area that had, incredibly, adopted a sibling group from the same shelter in Cebu. One year after they met, Marguerite married their son Robert.

Next summer, the kids will celebrate their third wedding anniversary.

Christine Nolfi is the author of the award-winning Liberty Series. Look for Sweet Lake, her latest release, from Lake Union. Visit her on Twitter at @christinenolfi and christinenolfi.com.

NEXT: See 12 celebrities you may not have known were adopted.