UPDATE (1/17) — It’s official! In a recent Instagram post, Tori Spelling showed off her swelling baby bump, and it looks like we can expect baby no. 5 anytime now.

MUST-SEE: Congratulations to Mick Jagger on Becoming a Dad of 8!

The 43-year-old mother of four snapped a photo of herself wearing a skintight forest green dress, which accentuates her growing belly. She captioned the photo: “Just a #pregger doing a wardrobe fitting. Got Bump? Show it off! #bumpproud #thirdtrimester #almostthere #wearyourbumpproudly.”

Just a #pregger doing a wardrobe fitting. Got Bump? Show it off! #bumpproud #thirdtrimester #almostthere #wearyourbumpproudly

Spelling and husband Dean McDermott recently announced that baby no. 5 will be a boy. No word yet on his name!

PLUS: Win a $100 Target Gift Card From TummyZen!

UPDATE (12/20) — It’s a boy! Parents Tori Spelling and Dean McDermott just revealed the sex of their 5th child, but according to DailyMail.co.uk, the couple had originally planned on keeping the gender a secret. Tori accidentally called the baby “he,” and her kids quickly noticed. Now that her children are clued in, the two have been quietly telling family members. They have yet to reveal the baby boy’s name. 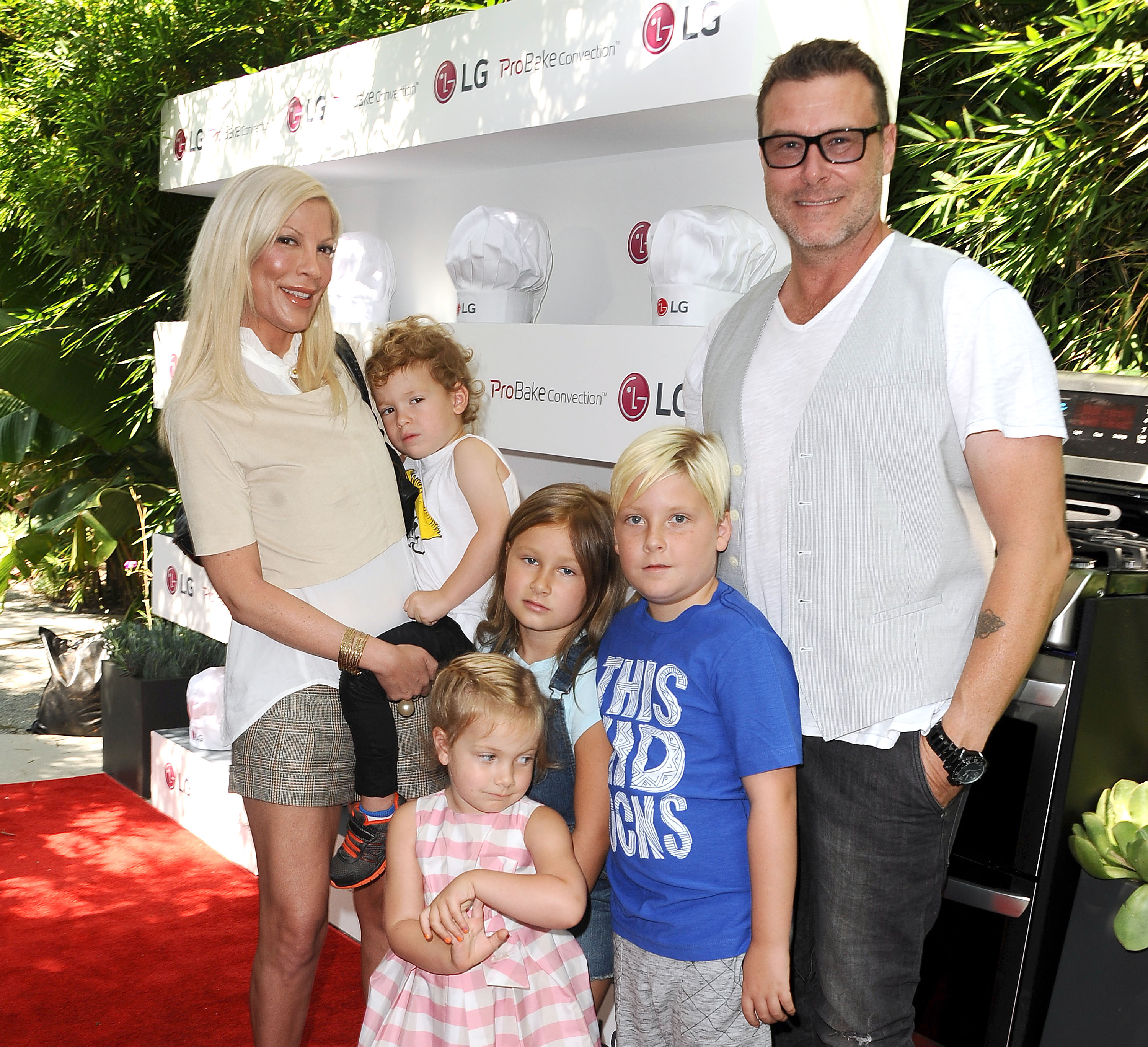 She and husband Dean McDermott, who’ve been married since 2006 and have four children together, are making another change to their family: They’re expecting their 5th child together.

MUST-SEE: Marion Cotillard Shuts Down Rumors She Had an Affair with Brad Pitt with Bombshell Announcement

Tori Spelling and McDermott are the parents to Liam, 9, Stella, 8, Hattie, 5, and Finn, 4. McDermott has one child from a previous relationship.

PLUS: Enter for a Chance to Win 1 Million Dollars

The baby is a “total surprise,” she told People. “But we always wanted a big family. I’m really excited.”

NEXT: Scroll through to see which other surprising celebrities have a lot of kids.