If the name Shelby Blackstock doesn’t ring a bell right off the bat, don’t worry. It will soon. Shelby Blackstock is Reba McEntire’s son. While some country fans might remember him as a tiny cutie in a cowboy hat next to his since-divorced parents, he’s grown up quite a bit since his toddler days.

Shelby Blackstock is now a whopping 27 years old and a professional race car driver. After attending the Bob Bondurant School of High Performance Racing and the Skip Barber Racing School in 2010, he made his official racing debut at the Mustang Challenge Miller Cup. Since then, he’s competed in many high-profile races, and his dream is to become an Indianapolis 500 winner someday. We believe he can do it!

Watch Reba McEntire’s son grow up before your eyes throughout the years in the incredible photos below.

27 years ago Shelby came into my life! What a wonderful gift from God!!!! Happy birthday Shelby! Love you very very much. #toomuchfun #loveyouforeverandaleways

Reba McEntire posted this sweet throwback photo of her son not long after he was born to celebrate his birthday. How adorable is that little face?

Who can forget how adorable Shelby Blackstock looked in country attire with Mom and Dad at the Lazy E Arena back in the day?

We don’t know about you, but we just can’t get enough of those adorable curls Shelby Blackstock was rocking as a youngster!

It wasn’t long before he began to grow into a handsome little man, all ready to walk down the red carpet with his parents. Even then, the camera clearly loved him. 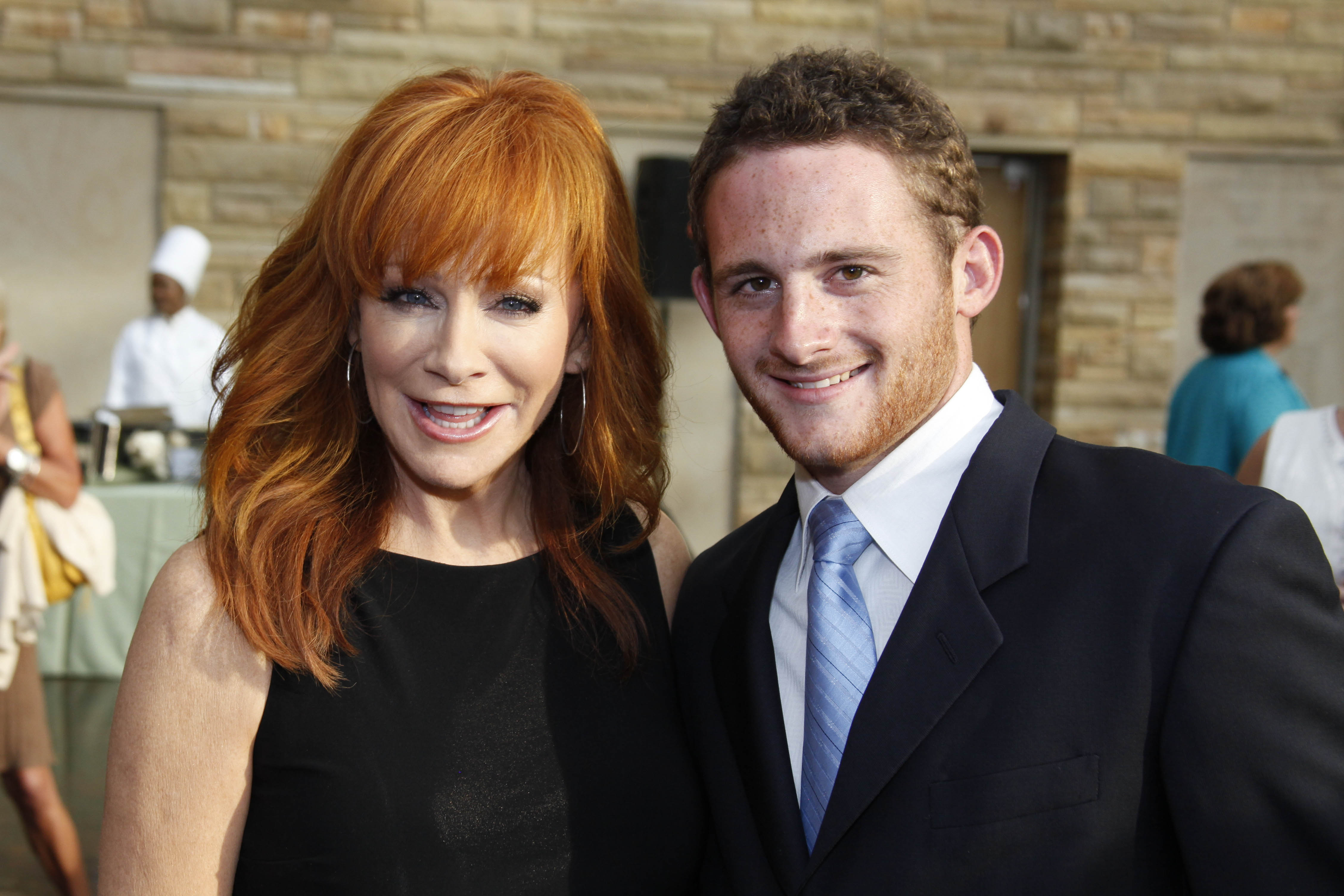 Soon enough, he made his racing debut and by that time was ready to escort his famous mama to her own events. Aww, how sweet!

Loved hanging with Shelby today at the Freedom 100 race. Thanks for the super hospitality and for letting me sing the National Anthem! #indylights #freedom100 Indianapolis Speedway @shelbyblackstock

Today, Reba McEntire is prouder than ever of her not-so-little boy. She’s positively glowing with joy! We don’t blame her.

But as we all know, being a mom never stops—no matter how old they get!

NEXT: See more celebrity kids then and now in the jaw-dropping photos below.