The royal family is known for producing some pretty adorable kids: Princess Charlotte and Prince George are perhaps the best indication of the clan’s good genes. And now that Prince Harry and Meghan Markle are ready to say “I do,” we can’t help but wonder what their children would look like — and we’re not the only ones.

Back in 2017, the UK tabloid Daily Star commissioned an expert in “age-progressed portraits” to produce an image of the couple’s children. D’Lynn Waldron, PhD, has worked for the FBI and has also created images of celebrities’ future children for movies, magazines, and TV, so we have reason to trust her prediction. Ready to meet Charlotte and George’s newest cousin? Behold, Prince Harry and Meghan Markle’s kids! 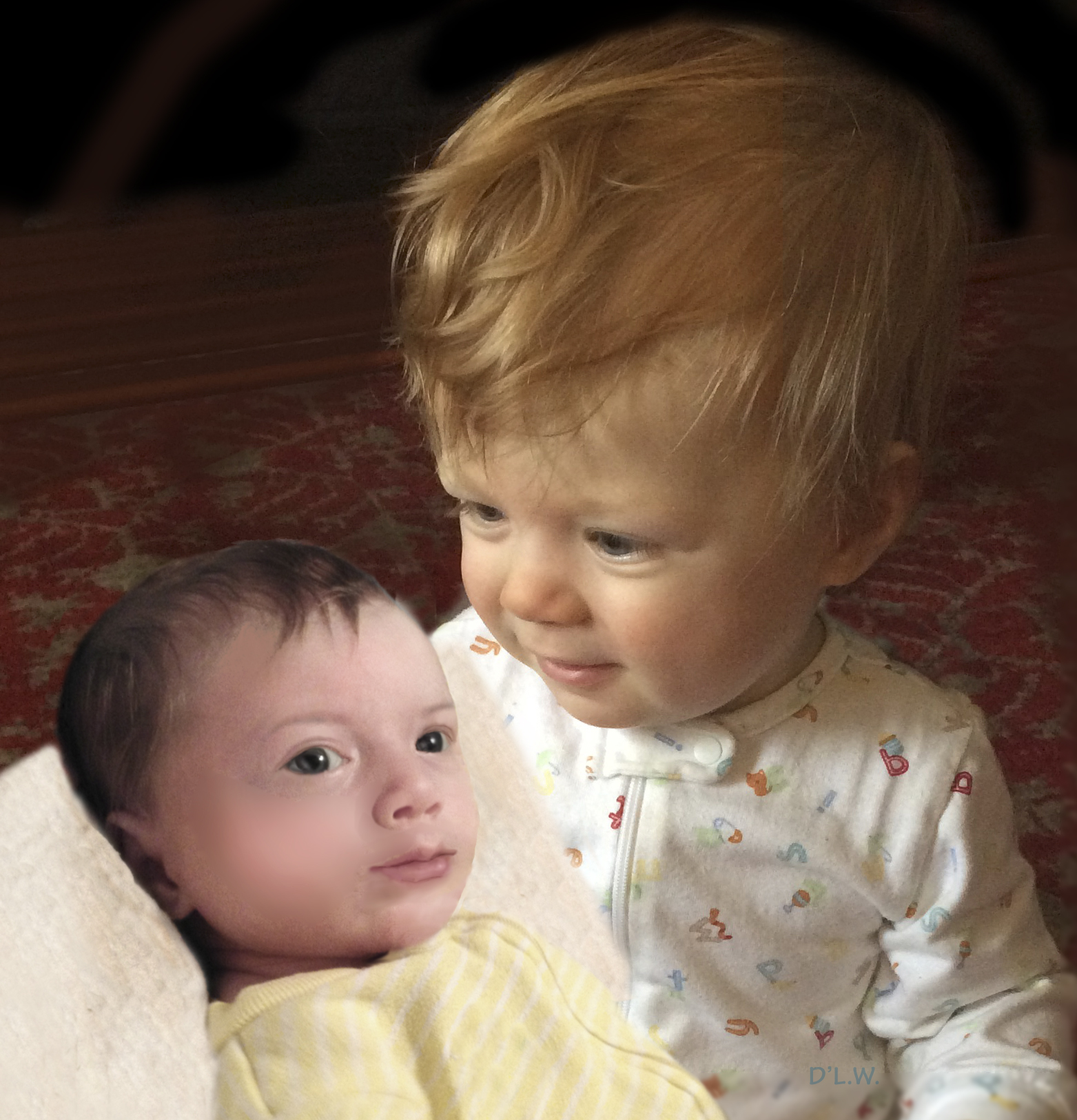 The photo shows a male toddler holding a female baby — much like the photo captured of a young Prince George holding baby Charlotte. The redheaded boy clearly resembles Prince Harry, while the little girl’s slightly darker features seem to emulate Meghan’s. What color are Prince Harry’s eyes? They’re actually a beautiful blue-gray color, which Dr. Waldron predicts his children will also have. 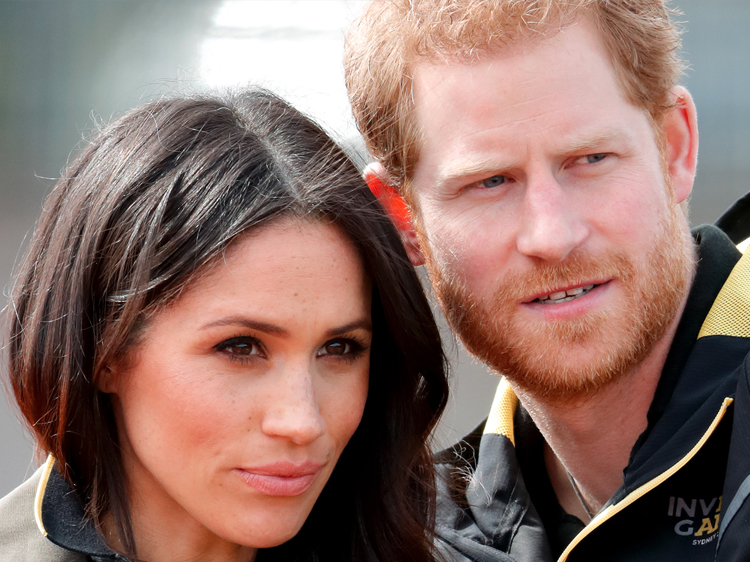 “[Prince Harry’s curly hair didn’t appear] until he was a teen,” Waldron explained of the boy’s straight locks. (That said, Prince Harry’s red hair was already obvious at his christening.) “He is an adoring brother and she has a Mona Lisa expression. The expressions paint themselves and often turn out to tell a lot about the person.”

Hair color is hard to predict, but scientists know that more than one gene is at work here. If you look at the royal family (and all the royal cousins and children), you notice that though Prince Charles had dark hair and Diana was blonde, Harry ended up being a redhead. Even if both Prince Harry and Meghan Markle had dark hair, history would seem to indicate that they could potentially still have a blond-haired baby.

Some people have questioned whether Meghan could have children with blonde hair and blue eyes. However, eye color is not only determined by both parents’ genes, but also by their ancestors’. Light eyes are found almost exclusively among people of European descent, and Markle also has Dutch and Irish roots. That means her children could potentially have blue or green eyes.

Even if the couple’s babies are born with blue eyes, the color may not last, as it can take up to three years for eye color to stabilize in babies. Many tots who are born with blue-gray eyes often have their peepers transition to a hazel, green, or even dark brown hue.

Despite speculation over the babies’ facial features, there’s no doubt that the children will be tall. Prince Harry towers above his family at 6’2, and Meghan is a statuesque 5’7.

We can’t wait to see what Prince Harry and Meghan Markle’s little ones will look like, but whatever the outcome, we’re sure they’ll be simply precious!

Next: See photos of the royal children acting just like normal kids!