Sure, it’s been years since actor Luke Perry first found his way into our hearts as handsome hunk Dylan McKay on Beverly Hills, 90210. But we can’t believe the actor himself is now 50 years old–or that he has a 19-year-old son. Where does the time go?

That son, Jack, was once a cutie-pie kid who looked just like his famous father. (Perry also has a daughter, Sophie, who’s now 16). Today, Jack is an aspiring professional wrestler (yes, you read that right!) who looks to be a spitting image of how we remember his dad–well, plus a giant mop of super long, curly hair.

MUST-SEE: Grandkids Who Are Dead Ringers for Their Celebrity Grandparents 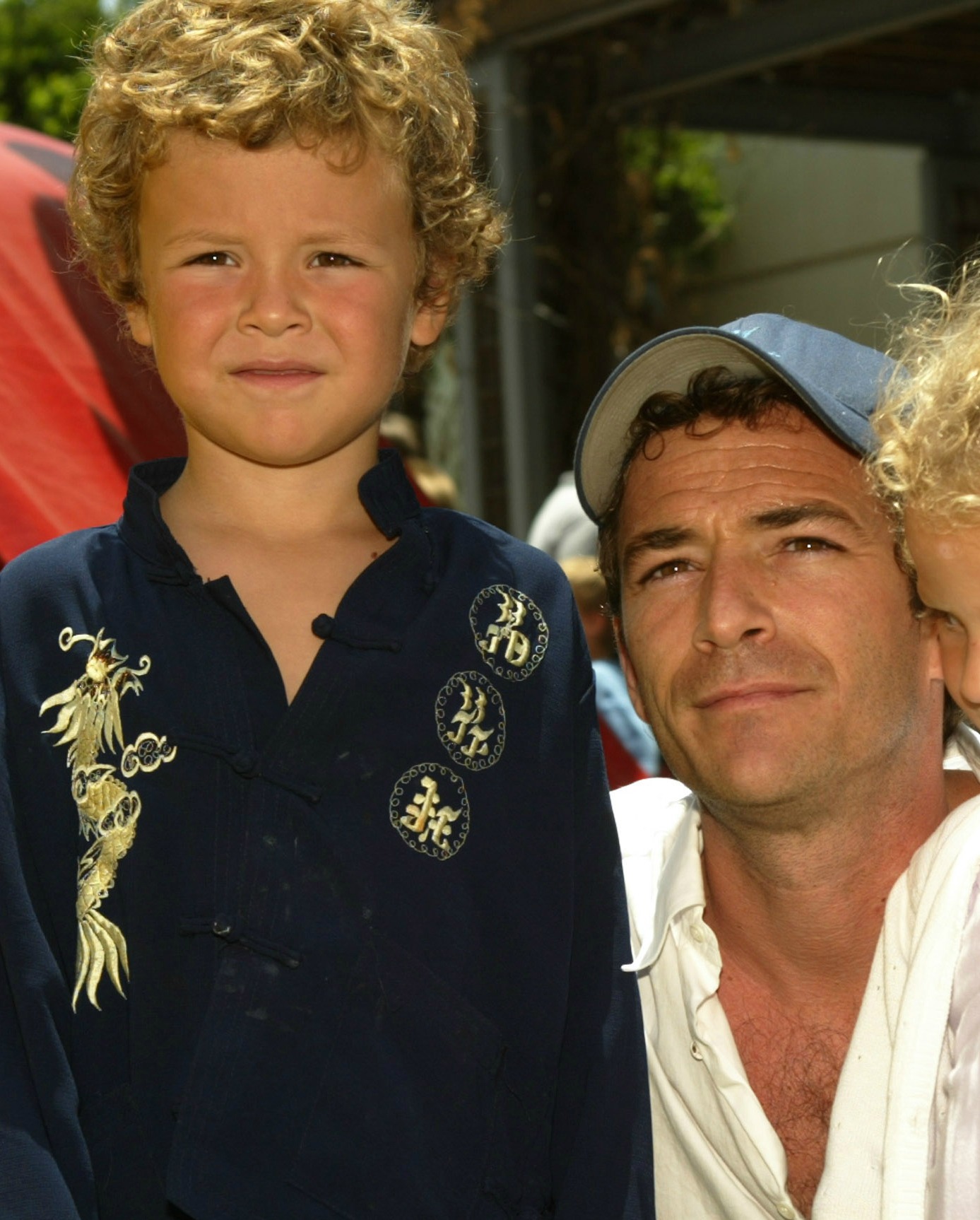 Check it out. Look at all that hair!

It seems that the older Perry recently attended a wrestling match in L.A. to support Jack, who goes by the wrestling name “Jungle Boy” Nate Coy. A video clip found by Yahoo News shows the star sitting on bleachers like any proud parent, even recording his son’s match on his cell phone and standing up during tense moments.

Awww, what a great dad!

We’re sure Luke and his ex, Rachel “Minnie” Sharp, are quite proud of their athletic, talented son and his accomplishments in the ring.

NEXT: See 14 more celebs whose kids are truly their “mini-me.”