We love TODAY Show host Jenna Bush Hager for her hilarious honesty, and during a recent Mother’s Day segment, the mother of two spilled the beans about a little-known Bush family secret.

According to the 35-year-old, her parents, George W. and Laura Bush, had tried unsuccessfully to have kids. They had started the paperwork for adoption when the former first lady learned she was pregnant—with twins. Talk about a shock! Jenna said the news came the day her parents’ adoption paperwork was approved.

MUST-SEE: When Jenna Bush Hager Was Asked If She’s Pregnant, She Had the Best Reply

Once the good news about Laura’s pregnancy came in, the Bushes put their adoption plans on hold. After Jenna and her twin sister Barbara were born in 1981, George and Laura didn’t have any more children, but Jenna still holds on to the heartwarming photo her parents sent in of themselves with their adoption applications.

“But I keep that picture of them that they sent to the adoption agency by my bed,” Jenna revealed. “My mom used to say, ‘Doesn’t this just look like two people who are desperate to have children?’” 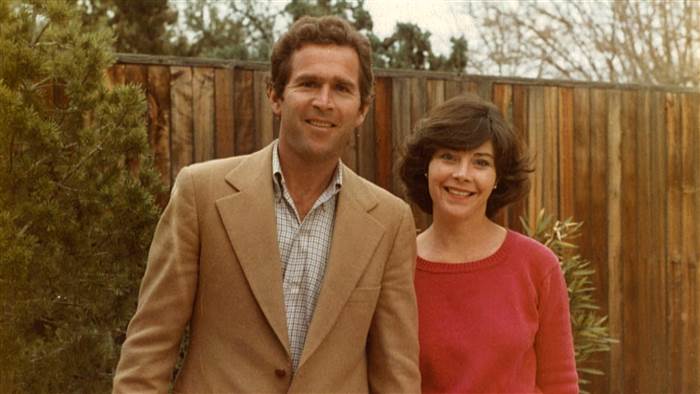 Even though Jenna and her sister are her parents’ biological daughters, other members of the Bush family were adopted. Jenna’s cousins—Marshall and Walker—were adopted by her uncle, Marvin Bush, in 1986 and 1989, respectively.

This isn’t the first time that Jenna has revealed such a personal information before. Recently, she revealed another uncomfortable family secret on-air when she told Kathie Lee that her grandmother, former First Lady Barbara Bush, only has four toes on each foot.

Oh, Jenna! We hope she stays this refreshingly candid on-air for many years to come.

Watch the full clip below to see the other TODAY women share their mother’s day stories.

Watch the video below to learn more interesting facts about Jenna Bush Hager.

NEXT: Meet the rest of the Bush family.