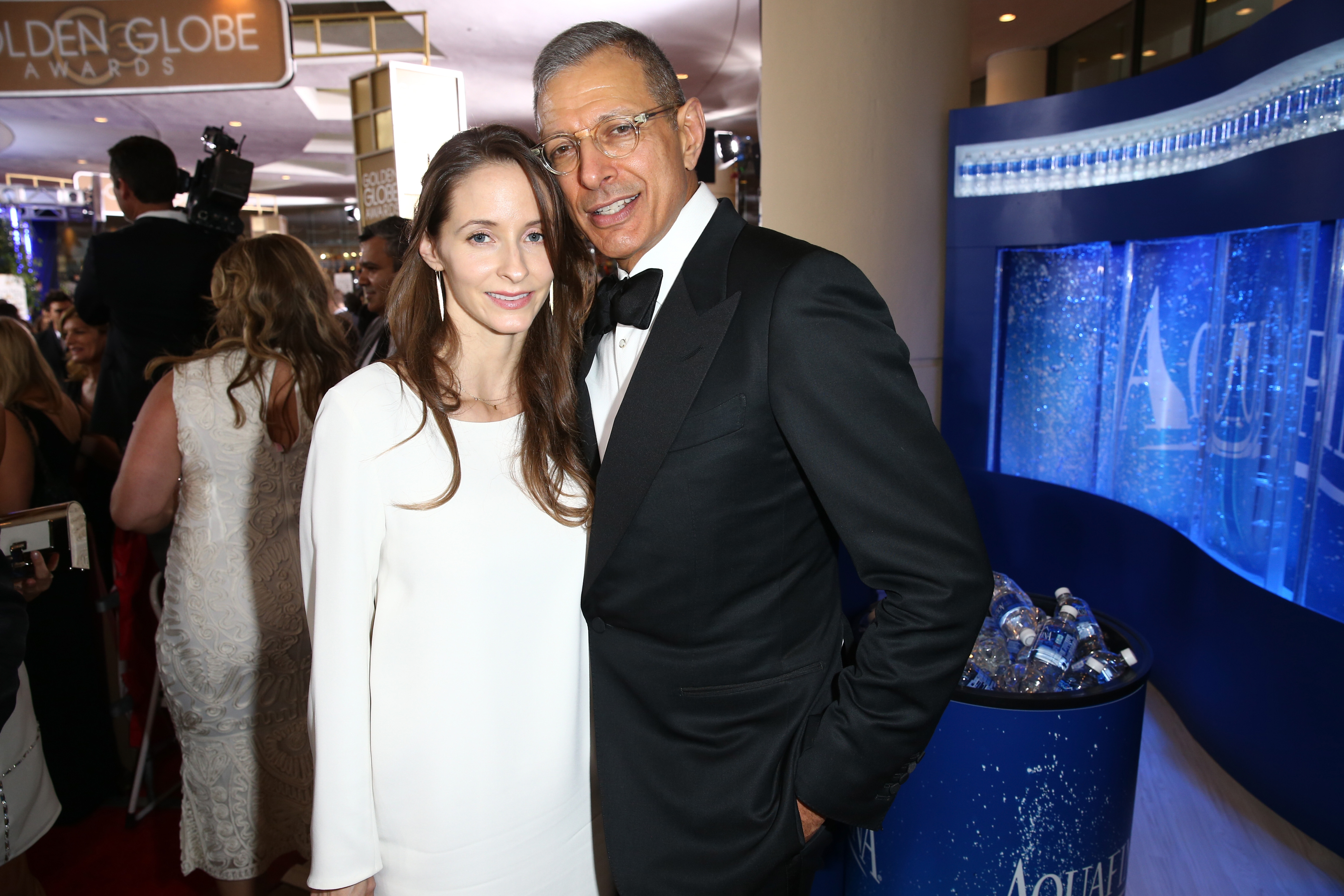 Congrats are in order for actor Jeff Goldblum and his wife, Emilie Livingston!

Earlier this month, the 64-year-old announced on Conan that he and Livingston, 33, were expecting their second child. She recently confirmed the news on Instagram.

“Round and round we go! I’m 15 weeks pregnant in this shot and I’m SO excited for our newest addition to the Goldblum family, arriving early April,” she captioned the photo. (She recently made her Instagram account private, so the photo is no longer visible to the public.)

He married the Olympic gymnast in November 2014. In July 2015, Livingston gave birth to the couple’s first child, a boy named Charlie Ocean.

We're so excited to share the wonderful news of the birth of our son, Charlie Ocean Goldblum, born on the 4th of July. Independence Day.

RELATED: Congratulations to Mick Jagger on Becoming a Dad of 8!

This will be Goldblum’s second child, but it looks like he’s well-suited to be a father!

NEXT: See which celebrities have the most kids!