UPDATE (3/15/2017) — A few months after Dolly Parton announced that she would be giving $1,000 monthly to every family who lost their home in the devastating Tennessee wildfires, more amazing news about the superstar’s generosity has surfaced. According to ABC News, Parton’s My People Fund has indeed issued those monthly checks, showing that she made good on her word. And how many people got these checks? A whopping 921.

Dollywood Foundation President David Dotson said the fund had received more than $80,000 in donations in December and January following Dolly’s emotional announcement, which made it possible for them to issue all these checks.

(12/1/2016) — She’s always been known as a kind and approachable celebrity, but Dolly Parton has officially just melted our hearts with a shocking announcement. In an emotional video message, the star vowed to provide $1,000 monthly to every family who lost their home in the devastating wildfires sweeping through the Smoky Mountain area of Tennessee.

The country music icon says the gift, which she’ll finance through her longstanding charity, the Dollywood Foundation, will be given to families for six months so that they have assistance as they get back on their feet.

According to the Knoxville News Sentinel, more than 700 homes and businesses in Gatlinburg and Pigeon Forge, TN–where the famous singer’s theme park, Dollywood, is located–have been destroyed.

The singer initially said she was “heartbroken” by the forest fires spreading across eastern Tennessee, which caused a mandatory evacuation of her famous resort. Though the flames did reach the doorstep of Dollywood, the park was spared any significant damage and will reopen shortly.

“I have always believed that charity begins at home,” Parton said in her message. “We wanted to provide a hand up to those families who have lost everything in the fires.” 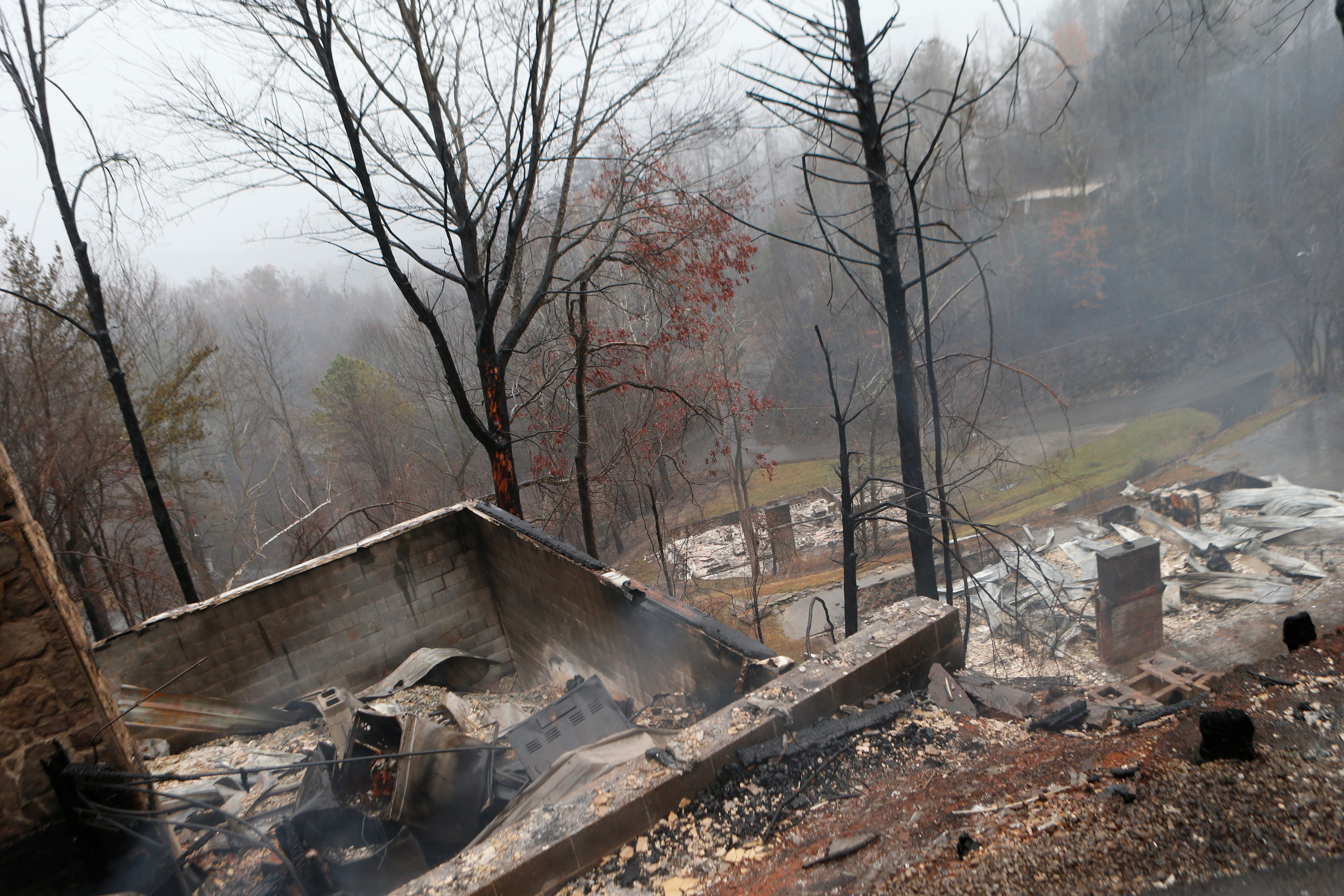 “I know it has been a trying time for my people, and this assistance will help them get back on their feet,” she added.

MUST-READ: Dolly Parton Posted a New Pic of Herself and What She Said About It Is Making People Go Crazy

In addition to her work with the Dollywood Foundation, Parton has been a longtime supporter of charities, especially those relating to literacy. In 1995, she established the Imagination Library, which sends books to children from the time of their birth until they enter kindergarten.

But Dolly’s generous move isn’t the only breathtaking story to come out of the fires. Staff members were said to be in tears when, during the park’s cleanup efforts on November 29, one employee discovered a burned Bible page under a bench with an eerily apt set of verses about fire and destruction.

The employee, Isaac McCord, posted the Bible page to Facebook, writing that the experience gave him “goosebumps.” The post has since been shared more than 160K times.

The devastating fires began raging on the evening of November 28, when embers from a wildfire on Chimney Tops Trail in Great Smoky Mountain National Park blew into the area. The resulting flames swept through the area in less than 15 minutes, fanned by winds at speeds that approached 90 mph, and continued well into the next morning.

According to Great Smoky Mountains National Park Supervisor Cassius Cash, 15,737 total acres have been burned. As of December 1, the death toll in the area had reached 10. The search was still on for several others who were missing, authorities said Thursday.

NEXT: 12 photos of Dolly Parton that look NOTHING like the star you know and love.